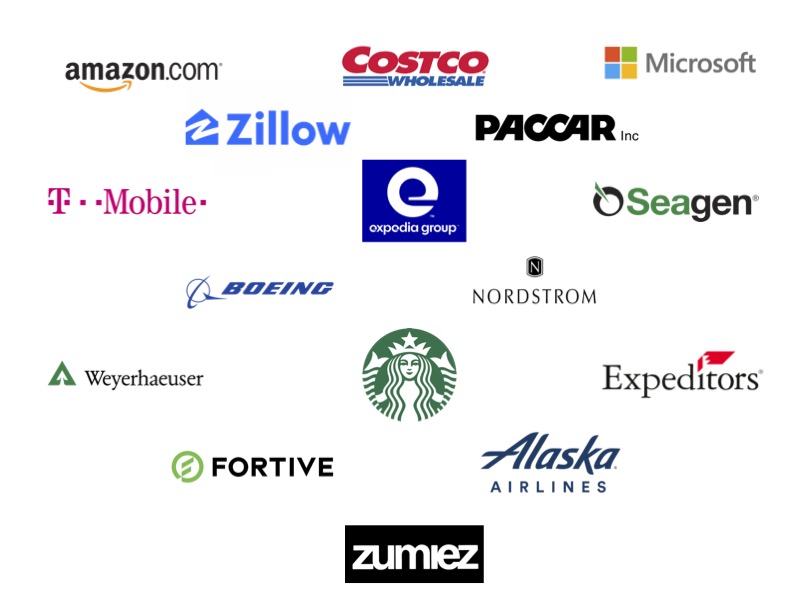 I thought it’d be interesting to look at the valuation of some of the more notable copmanies in the Greater Seattle Area. The table below shows a few different valuation metrics for Seattle companies alongside their 10 year average (median).

So… Are They Expensive?

The average company is more expensive on every metric than its average. However, the difference generally isn’t that significant.

The Enterprise Value (EV) to EBITDA of the median company is currently at 14 compared to its average of 12. While that’s about 17% higher, I frankly thought the increase would be a lot higher given how well some of the bellwether stocks in the region have performed in the past decade.

How Do They Compare to an Average US Stock?

The S&P 500 index has a much different composition than the above group of companies so this is not exactly an apples to apples comparison. However, at least in terms of EV/EBITDA the average company here trades at a similar multiple to the broad index. It’s worth noting that I think the US stock market as a whole is very expensive at the moment. Trading in line with a market that is at extreme valuations isn’t exactly a glowing endorsement…

Which Stock is Most Expensive?

Expedia is the most expensive stock on the list both relative to its history and on a number of absolute metrics. Expedia currently has negative earnings and trades at 17.5 times book value, an EV to Revenue multiple of 4.6, and an EV to EBITDA multiple of 90.43. Those multiples are vastly higher than normal for Expedia.

The bright spot for Expedia is that a lot of their ugly valuation can be explained by Covid. Revenues dropped over 50% from 2019 to 2020 but are in the midst of rebounding. The company is expected to return to profitability in 2022.

Which Stock is cheapest?

Quantitatively, Zumiez looks like the cheapest stock. It trades at an EV/EBITDA multiple of just over 5 and a price to earnings ratio under 9. Both of those are quite low compared to the market and below Zumiez’s historical average. It also pays the highest dividend yield of any company on the list at 3.3%.

Stocks That Are More Expensive Than Their Average:

Microsoft, Costco, T-Mobile, and Expedia stand out as being significantly above their average valuation.

Stocks That Are Less Expensive Than Their Average:

Amazon, Expeditors, Zumiez, and Weyerhaeuser all trade at a significant discount to their average valuation.

As a quick investing disclaimer I would note that just looking at these valuation metrics is not even close to sufficient due diligence for an investment. The prospects of many of these companies have changed over the past decade. This post isn’t meant to be an evaluation of the attractiveness of any of these companies as an investment. If you do want to talk about whether any of these would make a good investment I always enjoing analyzing stocks and breaking down businesses. Feel free to reach out.