Should I Sell My Amazon RSUs? 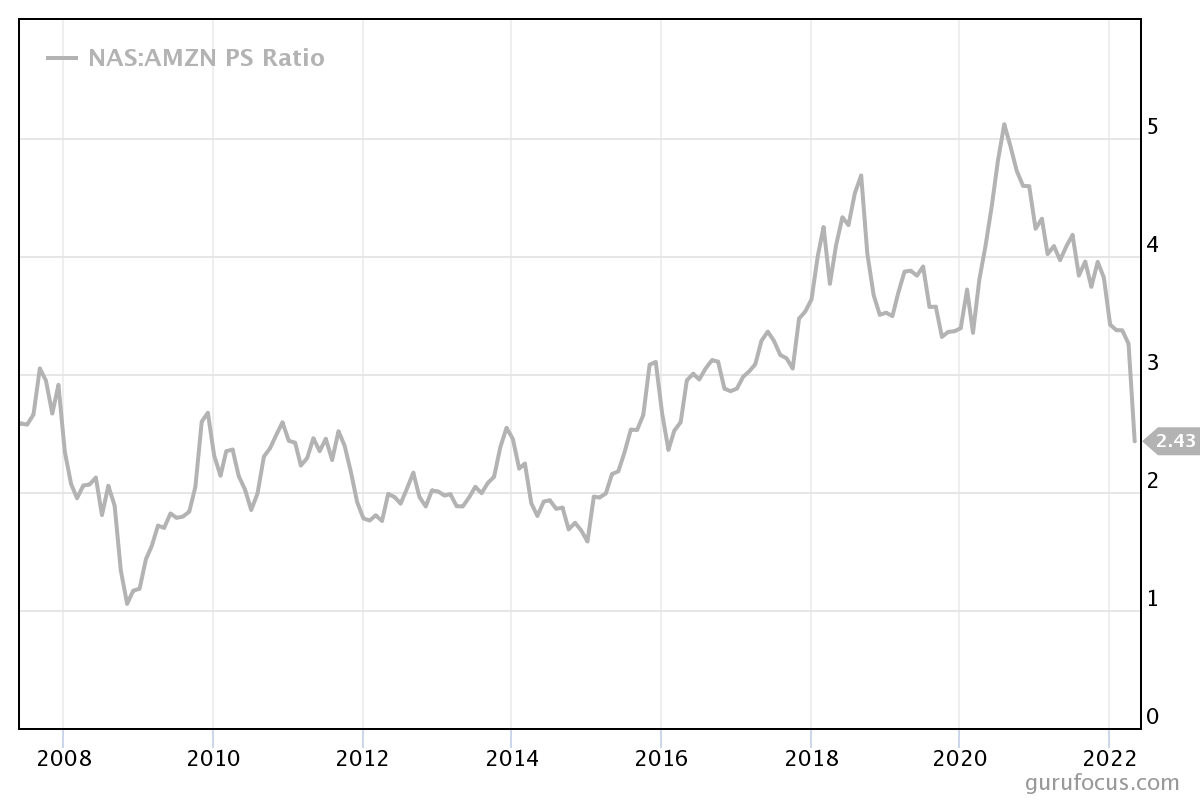 Amazon stock has lost about a third of its value this year through the end of May. Obviously that means the stock is less expensive than it was entering the year. With the stock getting cheaper, should employees hold onto the stock when their restricted stock units (RSUs) vest?

My generic advice to anyone receiving RSU compensation is to sell your stock as soon as the units vest and that still applies here. You’ll still pay ordinary income on the compensation, but there is virtually no other tax impact to selling the shares. Holding onto RSUs should be thought of as an active investing decision to purchase the company’s stock. Employees are already heavily tied to their employer’s fortune so from a planning standpoint it’s usually unwise to add risk exposure to the company.

So if you’re considering an investment in your employer, the investment hurdle should be a very high one. You’d only want to buy shares in the company when you’re highly confident the stock is significantly undervalued. How would you achieve such confidence that your employer’s stock is undervalued? You’ll need a robust set of analytical tools to research the stock and come up with a sound investment thesis. It usually takes years of education and practical experience to develop into an intelligent investor. If you can’t tell, I think very few people should try to actively invest at all and even fewer should purchase shares in their own employer.

With that out of the way, let’s get back to Amazon. Given the drop this year does the company appear significantly undervalued? I’ll start with a caveat that I’m a value investor who focuses on companies that are undervalued based on metrics like cash flow, sales, and asset value. Thus high flying growth stocks like Amazon aren’t really in my wheelhouse.

Amazon has always been a growth company and priced like a growth stock. In the past decade Amazon’s sales have grown at a compounded annual growth rate over 26% while its cash from operations have grown 37%.

At glance Amazon looks pricey on all three metrics. How does it stack up to other retailers?

Amazon is more expensive than other retailers but given its growth profile and focus on technology that would probably be expected.

I think it’s probably more important to compare Amazon’s current valuation to its own history rather than to other companies. The most relevant valuation indicator for Amazon is probably its price to sales ratio. At a recent price equal to 2.4 times sales, Amazon is around its average valuation of the past 15 years:

To take a more earnings focused approach, Amazon’s Enterprise Value to EBITDA is on the lower end of its range from the past 15 years:

Let’s think about Amazon’s current valuation based on that price/sales ratio. For a company that has only averaged a profit margin a bit over 2%, paying 2.4 times sales seems very expensive. In fact, applying that average margin to a multiple of 2.4 times sales implies a price/earnings ratio of 120! Amazon’s actual multiple is lower because its margin over the past year has been higher than its long term average.

More worrisome might be reduced growth ahead. In 2012 Amazon’s sales were about $61B. In 2021, sales were all the way up to nearly $470B. It will be much harder to grow sales off this much higher base. Amazon’s Q1 earnings report seemed to confirm as much, with revenue up 7% YoY and the Company guiding Q2 revenue growth of 3-7% YoY.

Thus even after the recent drop in stock price, Amazon still trades at about an average valuation compared to its history of the past 15 years. I’d argue that Amazon’s valuation multiples should decline over time as the business continues to mature and sales growth slows.

Thus at a brief glance it seems hard to argue that Amazon stock is undervalued. Even if you had confidence that sales growth would pick back up to higher rates, I think an employee would be hard pressed to make the case that its such a great opportunity today that it’s worth taking the extra risk of investing in their employer.