Should I Sell My Microsoft RSUs? 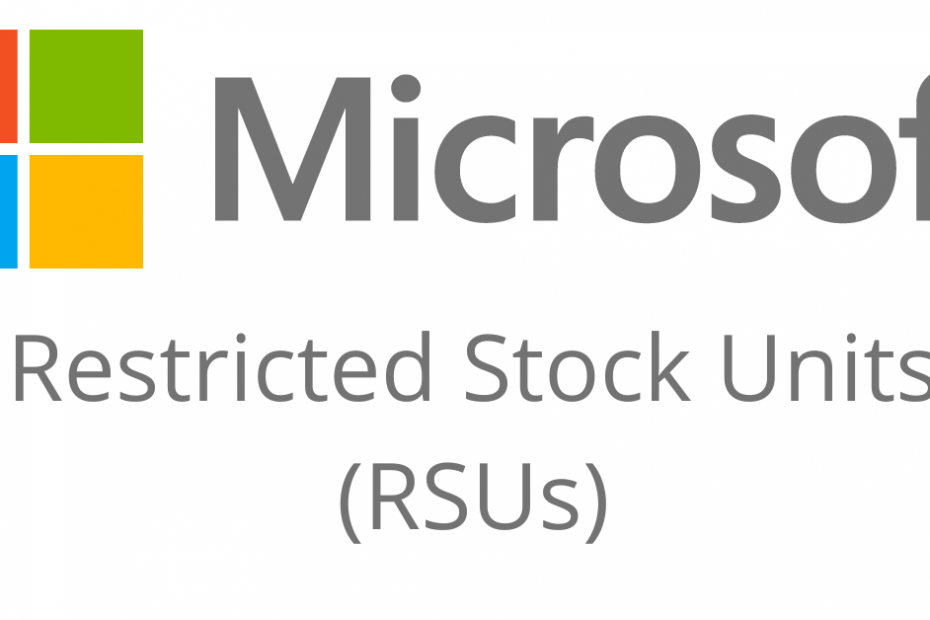 Through the end of August Microsoft’s stock is down approximately 20% year to date. Obviously that means the stock is less expensive than it was entering the year. Does that mean employees should hold onto their stock when their restricted stock units (RSUs) vest? In this post I discuss general recommendations for RSUs before evaluating Microsoft’s current stock valutaion.

My generic advice to anyone receiving RSU compensation is to sell your stock as soon as the units vest and that still applies here. Holding onto vested RSUs should be thought of as an active investing decision to purchase your company’s stock. You pay ordinary income on your RSUs when they vest regardless of whether you sell your shares. Thus there is virtually no other tax impact to selling the shares. Employees are already heavily tied to their employer’s fortunes. Thus for planning purposes we don’t want to add financial exposure to your employer.

If you’re considering an investment in your employer, the investment hurdle should be a very high one. You’d only want to buy shares in the company when you’re highly confident the stock is significantly undervalued. How do you achieve confidence that your employer’s stock is undervalued? You’ll need a robust set of analytical tools to research the stock and come up with a sound investment thesis. It usually takes years of education and practical experience to develop into a competent investor. Unless investing is your job or an all encompassing passion you’re almost certainly better off avoiding active investments. Most successful high earners are better served focusing on growing their career rather than speculating in individual stocks.

With that out of the way, let’s discuss Microsoft’s current stock price.

Are Microsoft shares attractive after the 20% drop this year? I’ll start with a caveat that I’m a value investor who focuses on companies that are undervalued based on metrics like cash flow, revenue, and asset value. Higher valuation growth stocks aren’t in my wheelhouse.

Microsoft has delivered very solid operating results over the past decade. Here’s a look at the compounded annual growth rates of some of their key operating metrics:

Here’s a look at Microsoft’s current valuation vs its average history over the past 15 years as well as some of its valuation lows:

Even with the recent correction, Microsoft is much more expensive today than its average over the past 15 years. Recent blockbuster results likely explain some of that. In fiscal year 2022 Microsoft’s revenue was up nearly 18% while its earnings were up almost 19%. Net profit margins climbed to a new high of nearly 37%.

Keeping up such growth will be tough. Not only will Microsoft face increasingly stiff competition, but achieving significant growth off a larger existing revenue and profit base will be challenging. In 2013 Microsoft recorded sales of $62B and earnings of nearly $19B. In 2022 Microsoft’s sales are up to $198B and earnings are up to nearly $73B. If sales and earnings both grew at 10% over the next decade, then 2032 sales would grow to over half a trillion dollars and earnings would grow to $189B. Large numbers indeed! Even if Microsoft’s earnings grew at such an impressive rate, the stock is priced at 10X those 2032 earnings today! That means there is a lot of blue sky and optimism priced into the stock today.

Given Microsoft’s unique mix of businesses it’s difficult to look at any particular competitor as a comp. Here’s how its current valuation stacks up against some of its related peers:

Against the above peer group Microsoft doesn’t stand out as particularly cheap or expensive. In fact, the whole group trades at pretty high multiples in both absolute terms and relative to their own historical valuations.

Microsoft’s stock is richly valued compared to its own recent history. I think you have to be extremely bullish on its growth in the next 5-10 years relative to its historical growth to justify buying the stock at its current price. For employees I would find it very hard to defend purchasing the stock. Thus I think selling your RSUs as soon as they vest is the most prudent course of action.

If you want to discuss your Microsoft RSUs, schedule a complimentary call today.